This article first appeared on Planetizen at www.planetizen.com

Useable data of the effects of ride-hailing service on travel behavior is sorely lacking, but a new study sheds light on critical questions about what companies like Uber and Lyft mean for transit, active transportation, and congestion.

A new report on the adoption and use of ride-hailing finds that services like Uber and Lyft attract passengers away from public transit, biking, and walking, in addition to serving as a complementary mode (e.g., for commuter rail). The UC Davis Institute of Transportation Studies research is the first-ever study with representative data from major cities across America on ride-hailing and its impact on travel decisions.

Ride-hailing services like Uber and Lyft are clearly shaping the way that people move in major cities. However, due to their rapid rise in popularity, the relatively slow pace of regulation, and lack of available data on how, when, and why people use these services, city planners and transportation researchers have been limited in their ability to provide insights into how ride-hailing is changing travel choices and plan for the future. The downside is that those who are responsible for making important long-range decisions about transportation infrastructure and vehicle fleets (e.g., auto manufacturers) are essentially operating in the blind without data.

Uber and Lyft most likely add to traffic in major cities today
In this study based on data collected in major cities across America, we found that a large portion of travelers are substituting ride-hailing in place of public transit, biking, and walking trips, or would not have made the trips at all (Fig. 1). These trips, which are being substituted for or generated by ride-hailing, are most likely adding vehicles to the road in major metropolitan areas. There is a significant need for future research on the topic — the most recent findings from major cities seem to suggest that ride-hailing is likely adding to, not reducing traffic congestion. 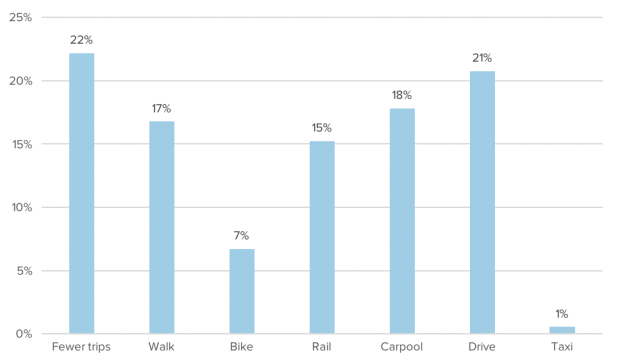 Figure 1. How ride-hailing users would travel if Uber or Lyft were unavailable.

The research (and ride-hailing firms themselves) suggest that ride-hailing can be complementary to public transit. This is also true. However, this study finds that while some portion of individuals increase their transit use (an increase in commuter rail use), the net effect across the entire population is an overall reduction in public transit use and a shift towards lower occupancy vehicles (i.e. more cars).

The broader implications of this shift in travel choice are critical. Cities are grappling with how to plan for the potential introduction of autonomous vehicles, which many believe will be deployed through shared services, not to mention the ever-rising impacts of the transportation sector on energy use and emissions. As of 2016, transportation surpassed the power sector as the largest contributor to the U.S. climate problem.

Many believe that sharing vehicles can help address our growing transportation woes — however, this research shows that sharing vehicles is not enough. We will likely need to foster more dense development patterns that can minimize vehicle miles traveled through walkable and bike-friendly neighborhoods, continue to invest in mass transit, and facilitate shared rides in shared vehicles through pricing or incentives.

With the right model, it is also possible that ride-hailing could serve as an effective solution in existing suburban areas where personal vehicles dominate travel. However, without significant coordination between cities, public transit agencies, and ride-hailing services themselves, we do not believe this optimistic scenario is likely to materialize. It hasn’t thus far.

Evolution of shared mobility services
Much of prior academic research on impacts of shared mobility services study what we term carsharing 1.0 — that is, early models of carsharing where vehicles were picked up and returned to the same location, typically through hourly rentals (Fig. 2). A key takeaway from this recent report is that not all shared services can be viewed as the same.

The adoption rates of ride-hailing far outpace the adoption rates of prior carsharing models. Older business models of carsharing have attracted only 2 million members in North America and close to 5 million globally — over roughly 15 years. Conversely, the adoption ride-hailing (e.g., Uber, Lyft, Didi), the latest model of “shared mobility” is estimated to have grown to more than 250 million users globally within their first five years of existence.

Prior research shows that carsharing members (e.g. Zipcar, car2go) were highly educated and environmentally oriented. We believe that the widely cited vehicle reduction “impacts” of carsharing were more likely due to self-selection bias rather than a significant causal relationship. Early carshare members were motivated to reduce their environmental footprint, and they represent less than 1% of the entire U.S. population.

Ride-hailing, on the other hand, has captured a much broader swath of the population. Interestingly, but perhaps not surprisingly, we find that more than half of carsharing users surveyed dropped their membership, with 23% citing their use of services like Uber and Lyft as the top reason they no longer use carsharing. 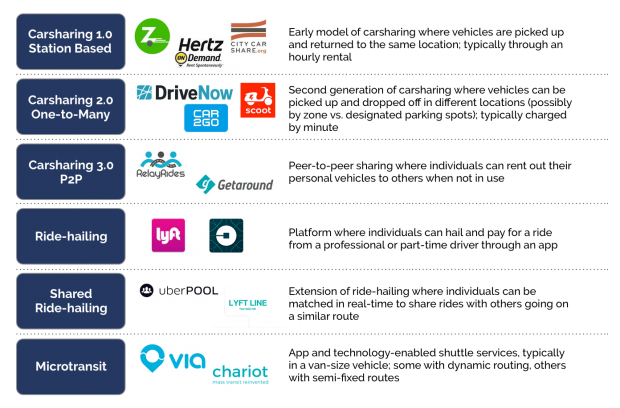 Key findings include the following:

Nearly a quarter (24%) of ride-hailing adopters in metropolitan areas use ride-hailing on a weekly or daily basis.
Parking represents the top reason that urban ride-hailing users substitute a ride-hailing service in place of driving themselves (37%).
College-educated, affluent Americans have adopted ride-hailing services at double the rate of less educated, lower income populations.
Among adopters of prior carsharing services, 65% have also used ride-hailing. More than half of them have dropped their membership, and 23% cite their use of ride-hailing services as the top reason they have dropped carsharing.
Ride-hailing users have higher personal vehicle ownership rates than those who use “transit only”: 52% versus 46%.
Among non-transit users, there are no differences in vehicle ownership rates between ride-hailing users and traditionally car-centric households.
Those who have reduced the number of cars they own and the average number of miles they drive personally have substituted those trips with increased ride-hailing use. Net vehicle miles traveled (VMT) changes are unknown.
After using ride-hailing, the average net change in transit use is a 6% reduction among Americans in major cities.
As compared with previous studies that have suggested shared mobility services complement transit services, the substitutive versus complementary nature of ride-hailing varies greatly based on the type of transit service in question. On average, ride-hailing hailing appears to reduce bus ridership and complement commuter rail.
49% to 61% of ride-hailing trips would have not been made at all, or by walking, biking, or transit.
Directionally, based on mode substitution and ride-hailing frequency of use data, ride-hailing is currently likely to contribute to growth in vehicle miles traveled (VMT) in the major cities represented in this study.
The full report can be downloaded through the ITS website.

Regina Clewlow, PhD is a leading transportation researcher on shared mobility and autonomous vehicles. She received her Ph.D. from MIT in Transportation Systems, and has served as a research scientist at UC Berkeley, Stanford, and UC Davis. Dr. Clewlow joined the transportation startup world where she was previously the Director of Business Development and Strategy at Ridescout (acquired by Daimler and rebranded as moovel). To learn more about how to access new urban mobility insights sign up here, or contact her via LinkedIn.